A guide to in-car camera systems 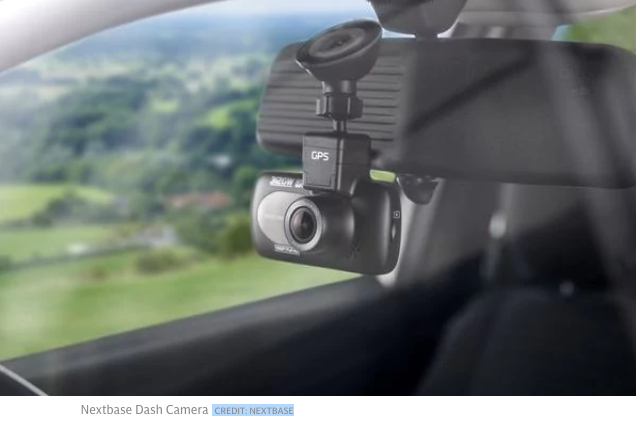 A guide to in-car camera systems

In the heat of the moment, even when you think you had a full view of the road, there are still times when we miss what really happened in an accident. A dash cam could be the answer in settling insurance disputes and claims, and may help you to improve the way you drive.

They’re in-car camera systems that make a video and audio recording of your journey. Public awareness of car cameras has increased and many insurance policies already accept dash cam evidence in the event of a car incident.

Some dash cams even include a parking mode, which starts recording whenever an impact is detected. If someone knocks a wing mirror or hits your car when they’re parking and doesn’t leave a note, you’ll have a better chance of finding out what happened and who’s responsible for the damage.

There are 3 main types of dash cam:

Front view cameras are among the best dash cams for capturing everything in front of you, including traffic you’re following. They’re the cheapest to buy, but lack the ability to see what’s happened behind you.
Front and back view (or front and rear) dash cams offer the advantage of recording both the view in front and behind your car. Most accidents on the road happen at low speeds and involve rear-end collisions. Investing in a dash cam that offers both views could be worth the extra spend in case you’re involved in an accident.
Cabin view car cameras provide you with a bird’s eye view of what’s happened inside your car. Mostly used in taxis and car services, it might be up your street if you share a car or maybe wish to check your own driving habits.

Why install a dash cam?

You’ve seen them on the news, crime programmes and some of the footage even goes viral on social media. And they’re becoming increasingly popular with motorists in the UK. In fact, from research we carried out, dash cam ownership has gone from 1% to 15% in just 4 years.

They’re an effective way to see how we and others drive and useful for finding out who was at fault in a car accident. And if you ever break down, dash cams can act as a GPS tracker which can help emergency services find you, and get you out of harm’s way.

If you suspect you’ve been a victim of a crash for cash fraud, submitting dash cam evidence could help you be properly compensated and prevent it happening to others.

The police already use dash cam videos in their cars and the footage they record is often taken as evidence when prosecuting bad or dangerous drivers.

What’s the difference between a dash cam and a car blackbox?

Both dash cams and a blackbox (or telematics box) provide valuable information about the journeys you make every day. While dash cams provide a visual record of your journey, a telematics box holds the data that shows your driving style.

The combined and widespread use of dash cams and black boxes in the future could help insurers in deciding your insurance premiums.

Dash cam and insurance policies
Many car accidents aren’t clear cut. If there is any doubt over fault and if it’s your word against theirs, footage recorded by a dash cam can help to resolve the dispute quickly. If the footage proves the other party was at fault, you may not have to pay your excess, or if you’ve already paid, your excess may be reimbursed.

Will a dash cam change the way I drive?

Maybe. As well as becoming more road-savvy, dash cams could also provide learner, new and returning drivers with priceless information on what they’re doing behind the wheel.

If you’re using the wrong lights or not keeping a safe enough distance from the car in front of you, a car camera could help you pick up on any bad driving habits and improve the standard of driving on our roads as a whole.

Dash cams are one of the most useful pieces of in-car technology, especially for those who spend a long time behind the wheel. Even if you’re a careful and cautious driver, accidents can happen, and it can be difficult to resolve claims quickly without objective evidence.

Dash cam video recordings can help your insurer settle a claim stress and hassle free, leaving you to get on with the more important things in life.